SOAP Services can easily be tested via their SOAP interfaces. 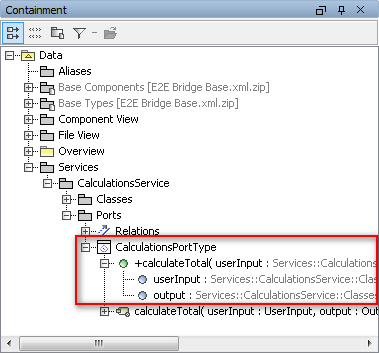 The E2E SOAP Test Tool as part of the E2E Builder allows testing of SOAP services running on the E2E Embedded xUML Runtime at development time.

In combination with the E2E Interactive Debugger all activities and action scripts of the service can be stepped through watching the parameters and variables.

Refer to the Builder User's guide for more information on the usage of the E2E SOAP Test Tool and the The Interactive xUML Debugger.
Services having been deployed to an E2E Bridge can be inspected with the E2E Analyzer. After importing the WSDL of the affected service, the deployed service can be tested similar to testing with the SOAP Test Tool of the E2E Builder. 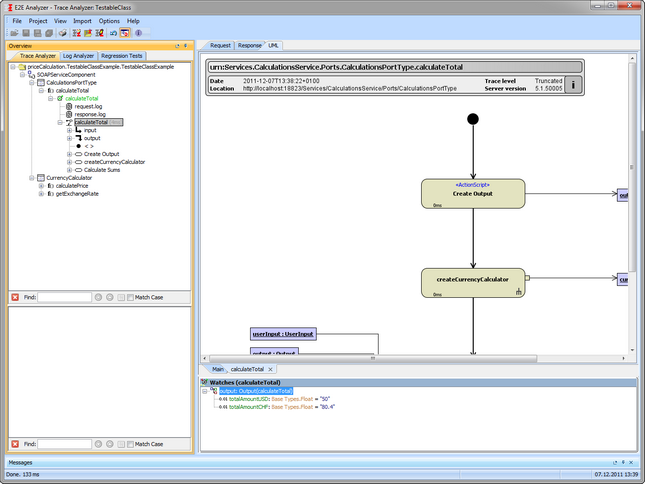 Whole test scenarios (called test suites) can be built up with the E2E Regression Test Tool integrated into the Analyzer. This offers the possibility to automate tests and to create reproducible test results. 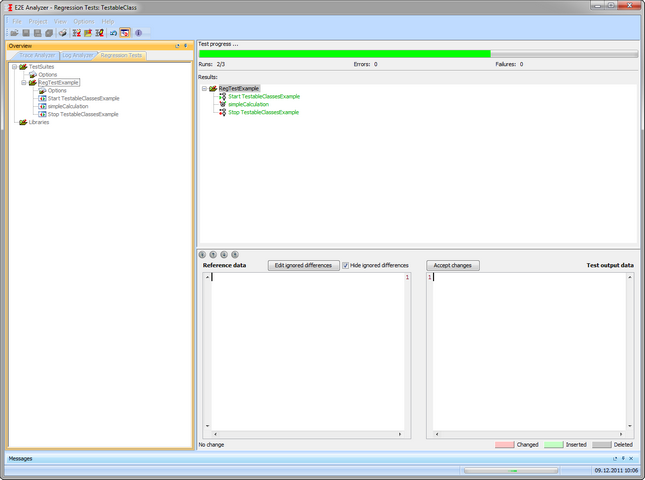 You can test REST services by using the E2E SOAP Test Tool resp. the E2E Analyzer on the generated SOP interface, or by using the E2E REST Test Tool. Find a comprehensive description how to do that on Testing REST Services.

Testing of Other Services

Non-SOAP services, such as timer services, schedulers, HTTP services and others are supplied by a SOAP interface for testing purposes. This shadow   interface and the corresponding shadow service is generated automatically when compiling the service. That means, non-SOAP services can be tested the same way as described for SOAP services.

Find below a list of all E2E Bridge service types with their corresponding generated SOAP operations.

All classes can be made testable (see also Testable Classes) and subsequently be tested independently from the main service.
Overview
Content Tools
{"serverDuration": 494, "requestCorrelationId": "8ebc929064d5efcb"}