Creating Objects of Base and Complex Types

On this Page:
Related Pages:
The most basic feature of each language is creating instances of classes and setting values. With the set assignment statement, it is possible to create objects of base types like strings, integers, booleans, etc. whereas objects of complex types need to be instantiated (created) first with the create statement.
If you define an output object node having a complex type (opposed to base types like String, Integer, etc.), it needs to be created first. In object-oriented terminology: class objects need to be instantiated (that is creating an instance of the corresponding class). Once the instance of the class (the object) has been created, it can store data in its attributes.

Creating Base Types with the set Assignment Statement

The following examples shows how to use the set assignment statement to create base type objects.

The example in the figure below shows how to create base type objects like strings, integers, etc. Base type objects need not to be instantiated, they are created by using the set assignment statement to directly assign a value to the variable.
All variables are drawn as object nodes with all objects being of base type (see also Base Types). 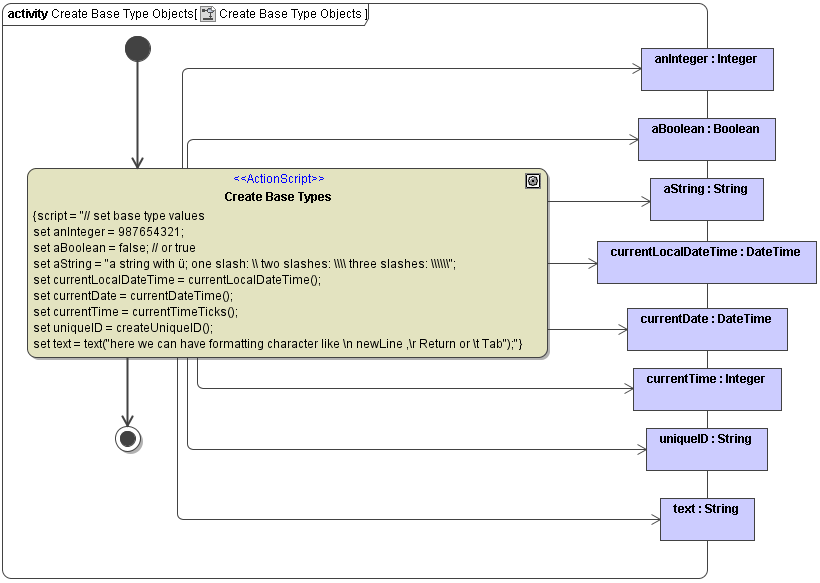 Attributes of an object are also assigned values by using the set assignment statement as shown in the figure below. 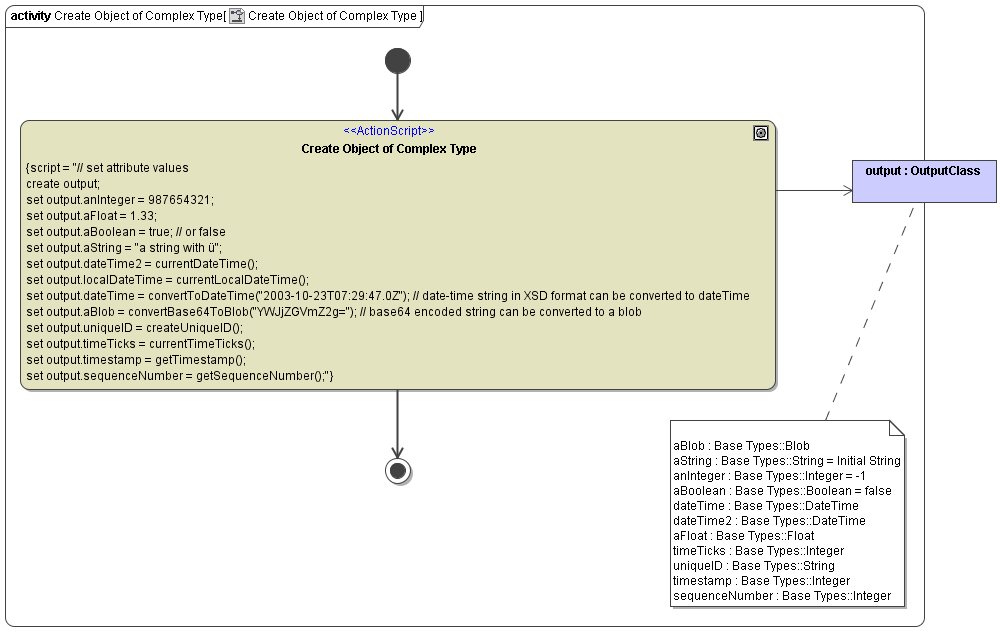 You can create arrays using the create statement (see action script example below):

However, most of the time the E2E Runtime will create the array implicitly on appending the first item. There is one exception to this rule, though: Arrays that contain array elements having a complex type with multiplicity.
Let's assume you have an array of complex type ArrayElement and this complex type has a property subArray with multiplicity 0..*.

The following example shows how to use the create statement to create objects of complex type.

In the following cases, objects need to be created with the create statement:

In the following cases, the create statement is not necessary: