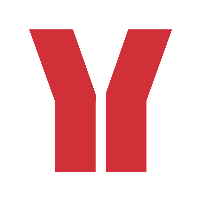 The compiler generates an Angular application for all Designer services, and deploys it as a part of the service repository. You can download the uncompiled Angular resources generated by the Designer, and use them as a starting point for pro-code application development. Once you have finished your modified Angular app, you can update your Designer project to use your code instead of the generated Angular code.

Please note: The Designer does not recognize changed Angular apps and generates new Angular code. Once you have changed your process in the Designer, you need to merge your changes into the newly generated Angular code.

Use Git to track your changes and for easy merging.

Developing pro-code applications for the Scheer PAS platform assumes an intermediate-level knowledge of HTML, CSS, JavaScript, and the Angular framework. If you are completely new to frontend development, we recommended to comprehend some fundamentals before continuing with pro-code development.

You can use different tools for pro-code development. Our PAS developers recommend the following:

Download the uncompiled Angular resources that have been generated by the Designer, and use them as a starting point for pro-code application development. To get these resources, do the following:

Now, extract the zipped resources to a folder, and open the folder as an Angular project in your favorite IDE, for example Visual Studio Code.

The @pas modules are provided by our internal registry and are available for the generated applications.

Once you have your changes applied, you can built the Angular application using the following command:

Once you have applied your changes to the Angular applications, you can merge the changed application back into the xUML service, and deploy the service to the integration component (Bridge) of the PAS platform.

When you build the application as described above, a dist directory is compiled to the project folder. This folder needs to be copied into the xUML service repository.