Modeling integration scenarios frequently involves asynchronous processes. For example, a purchase order process is initialized by the first order. Then, the user adds new items until the process is closed by receiving the payment and sending the goods to the customer. All activities involved in this process (such processes are also known as long running transactions) may be separated by days or even weeks making it necessary to hold the states of such a purchase order persistent.
Many business processes require to hold states persistent and to communicate via asynchronous messages. Therefore, integration services being part of such processes must support stateful behavior. In UML, state machine diagrams and signals model such behavior in a very concise and elegant way. The state machine diagram defines all states an object can be in - including the initial and the final state. Being in the final state means most frequently the destruction of the object. Signals model asynchronous messages received by the object. These signals trigger the transitions between object states.

Besides describing the life cycle of stateful objects, the persistent state framework also provides mechanisms to access and manipulate such objects. The most basic use cases in working with persistent state objects are: 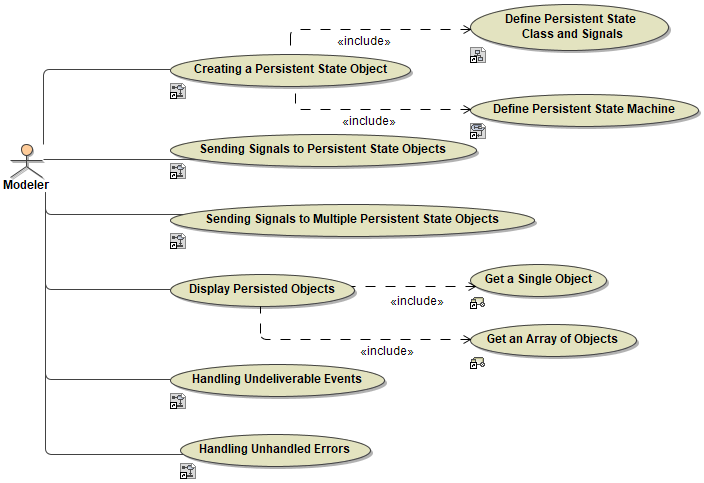 The following chapters will further elaborate these use cases:

However, besides the most basic use cases covered in the pstatePurchaseOrder.xml example, there are many other useful features such as