How to perform Regression Tests

Skip to end of metadata Go to start of metadata
Related Pages:
The E2E Regression Test Tool as a part of the E2E Analyzer supports you with the setup of systematical test scenarios to test the services running on the E2E Bridge.

A test scenario, called Test Suite, consists of a number of tests. These tests are to be performed in a specific order and should give a specific result.  That implies that a test consists of a test action and at least one compare. Running a test, first the test action is executed (e.g. a service call). After test case execution, the result is compared to specified reference data using a compare function.
Tests are always part of a test suite. Test suites pool tests and also subordinated test suites if necessary. If starting a test suite, all tests will be executed in the defined order. Tests can also be run independently from their test suite, but you have to keep in mind that there may be dependencies between tests and that it may not make sense to execute a single test.
You can create test suites and some specific tests manually in the Regression Test Tool. But the effective SOAP operations calls have to be defined using the E2E Trace Analyzer and are imported afterwards. In many cases you will already have tested the service in question e.g. at development time and you have got tests defined in the E2E Trace Analyzer anyway.

After having defined the test, you can run the whole scenario. The E2E Regression Test Tool shows the test progress and will help you with evaluating the test results. 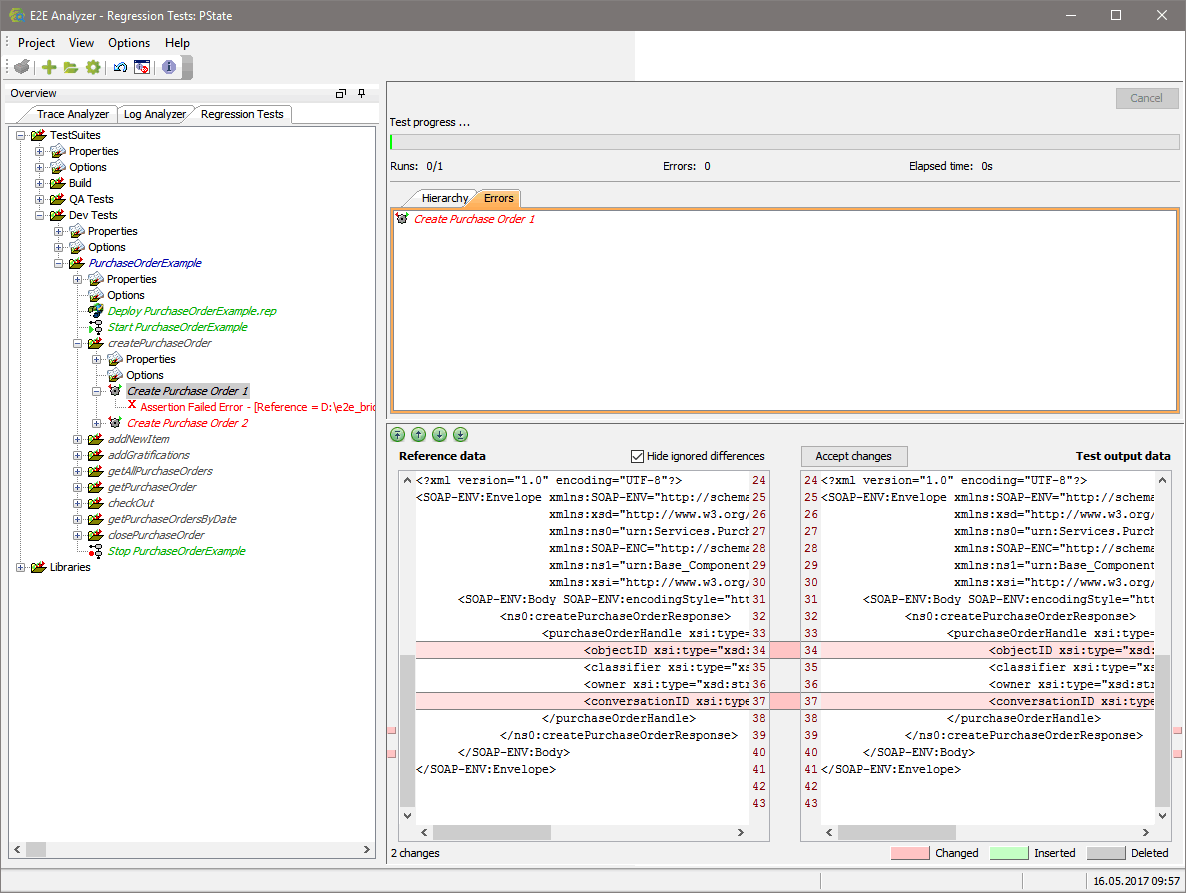